Six indoor bowling clubs compete annually for the Essex Coastal New Bowlers Trophy, a competition which was started 10 years ago at West Mersea Bowls Club by Bob Lomax, who many residents of the island will remember and who moved to Norfolk a few years ago.

The rules state that the winning club host the following year’s competition. Having won the trophy in 2018 and successfully defended the cup in 2019, West Mersea Bowls Club were honoured to host the 2020 competition for the second time on Sunday 2 February.

Teams gathered for registration and coffee and expectation was high in the room. Some teams had players returning for their second year, while many players were experiencing the event for the first time. There were some nervous bowls delivered over the first games, with teams taking time to settle down and enjoy the competition. Colchester Indoor BC took an early lead by winning their first two matches before lunch. They looked like the side to beat, with Essex County BC and Clacton Indoor BC tied for second place. The afternoon session saw some excellent bowling as the crowd swelled for the final matches. A very consistent performance saw Colchester Indoor BC as eventual winners, with Essex County BC in second place and Clacton Indoor BC taking third position.

The trophy was presented to the winning Colchester team, John Kavanagh, Karen Ramirez, Jeff Johnson, Keith Rojas and James Coleman by Brian Johnson, Chairman of Trustees at West Mersea BC. Our own team consisting of, Lynn Duchesne, Harvey Bernstein, Will Duncan, Carol Everett and David Cotter were tied in fourth place.

Our thanks go to Lorna Veitch and her catering team for the delicious lunch and afternoon tea, which kept players sustained throughout the day. Ann Godfrey did a great job as umpire with very few issues on the green for her to attend to. Thanks also to the many volunteers of West Mersea BC who helped out during what was a very successful and enjoyable day of bowling.

We look forward to attending next years event at Colchester Indoor BC and winning back the trophy! 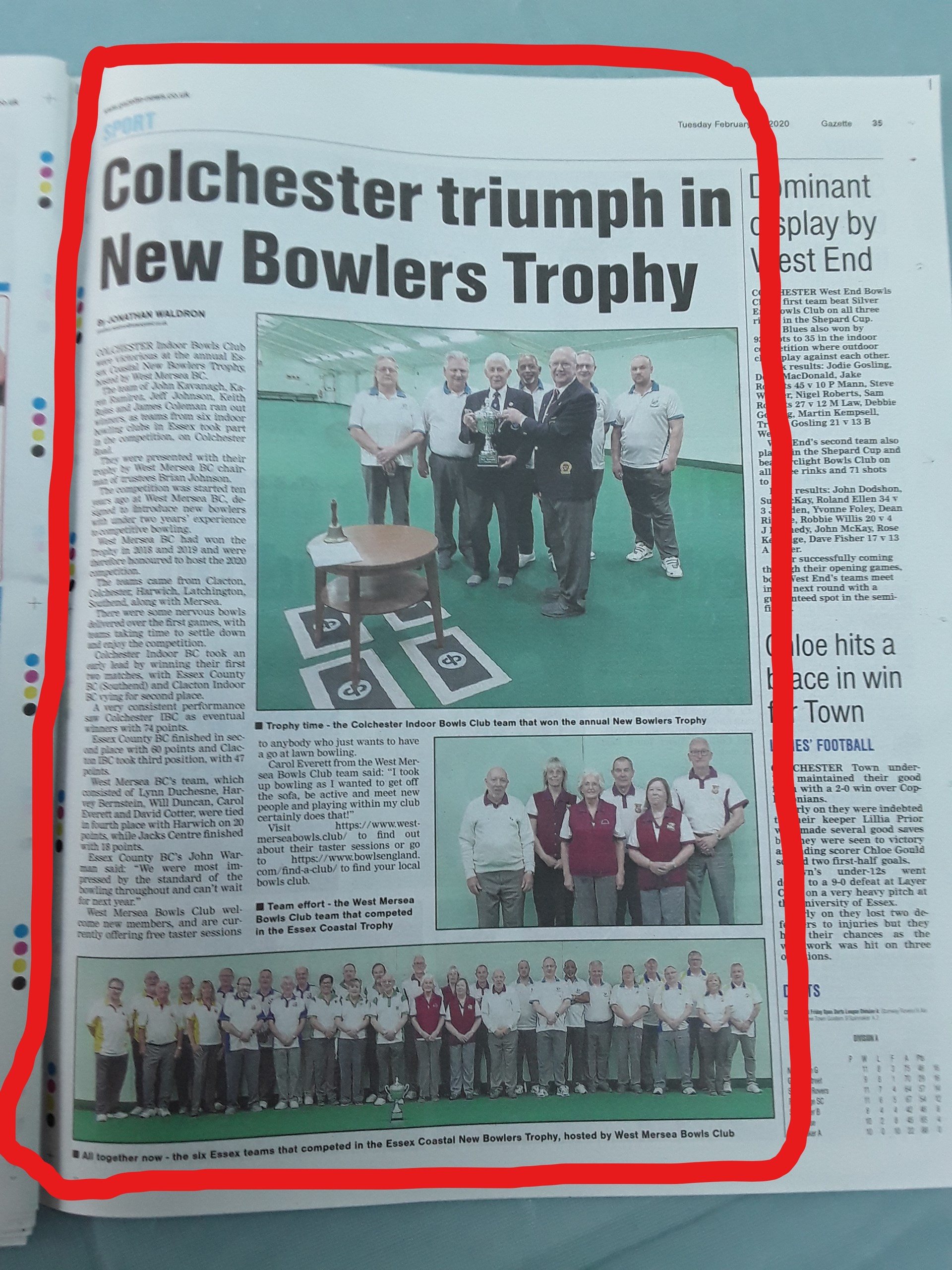